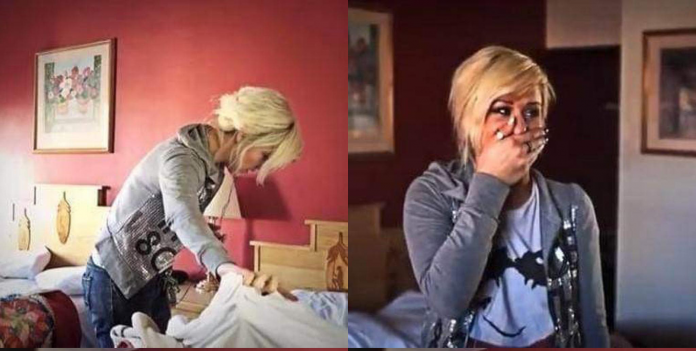 The power of goodwill and generosity can never be underestimated, especially in today’s society. And kindhearted people are definitely still out there, looking to make a difference. A maid working at a hotel in Park City, Utah, could certainly attest to that after she found a note and $500 on an unmade bed in January 2014.There was just something about her that they knew they needed to reward her. So, with the help of the hotel owner, they set out to visit the establishment and pose as unruly guests. They set up cameras all over the room and made sure that she was never going to see what was coming for her.

Give Back Films is a hugely popular YouTube channel that posts videos showcasing incredible acts of kindness. But after the account went live on October 3, 2013, creators Kyle Oreffice and Josh Gibson perhaps couldn’t have envisioned what happened next. Indeed, after their first video, entitled “Giving $100 to Homeless People,” was published on October 15, 2013, it earned more than 9.2 million views.“We put these videos on YouTube in hopes that some of you will be inspired to go out and do similar things!” Kyle added. “Pay it forward.” Kyle’s partner reiterated that message some time later, while also noting the advantages of uploading content on a platform such as YouTube.

And although their debut video remains the most popular on the channel, Kyle and Josh’s second-most-watched effort was still a huge viral hit. Titled “Tipping a Hotel Cleaner $500,” the post was published on January 25, 2014, and to date it has more than 6.9 million views and over 69,000 likes. The video opens with Kyle and Josh stating their intentions while bathed in the Utah sunshine. “Today we came across this awesome hotel cleaner, and we’re going to go tip her $500,” says the former. From there, the pair put their kindhearted plan into action, firstly speaking to the maid’s boss.“She came in with the folks a while back, and she was looking for a place to stay,” the hotel worker tells Kyle and Josh of her colleague. “We’d just gotten rid of our maid; she’d just quit. There was a ‘for hire’ sign sitting over there on the wall, and she says, ‘What are you hiring for?’ So we thought we’d try her out.” As the hotel worker’s story continued, though, it soon becomes clear just how special her new employee really is. “She didn’t have any money. She only had limited cash, so it kind of worked out for everybody,” the woman recalls. “She’s done a great job, an excellent job.”

The video then cuts to a shot of Josh writing a note that reads, “This is a tip! Enjoy!” From there, the duo enter a hotel room and start shaking the sheets on one of the beds. In an effort to make it look like someone had slept in it, Kyle then rolls on top of the mattress before hitting a pillow twice. And within moments of entering the room, the woman in question approaches the unmade bed and slowly pulls back the sheets to reveal her massive tip. After a few seconds of stunned silence, the maid, overcome with emotion, covers her mouth in disbelief. Then, with tears in her eyes, she picks up the money and the note and looks around the room inquisitively. 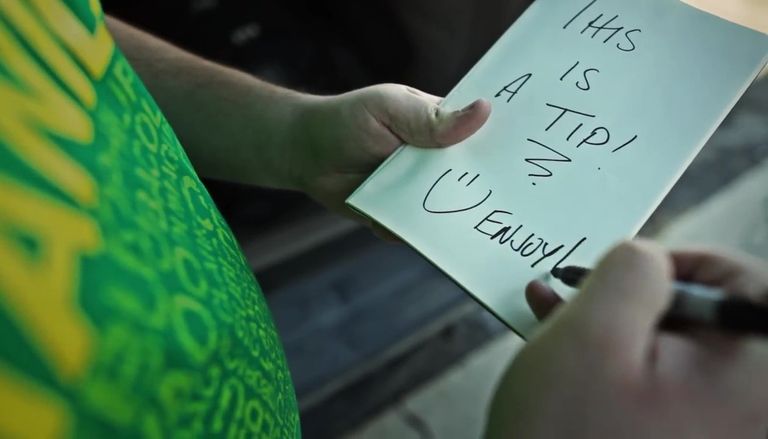 However, she appears to glimpse the camera in Kyle and Josh’s car when peering through the hotel room window. Then, moments later, the former joins the maid and confirms that the money belonged to her. “I cannot accept this, you have to take it back,” the cleaner says – but Kyle won’t take no for an answer. And as the maid stands outside the room with Kyle and Josh, the latter confirms that her boss had given them permission to pull off their kindhearted plan. “You knew?” she says with humorous incredulity. “You freaking knew the whole time!” However, her employer responds, “You deserve it, you do a great job!”

“It feels good,” Josh continued. “Through watching the video, you can vicariously feel what it’s like to give to other people, and you experience a little bit of that happiness when watching the video – or hopefully, at least.”